Kavita Ezekiel Mendonca was born in Bombay to Prof. Nissim Ezekiel and Daisy Ezekiel. She was raised in a Bene-Israel Jewish family in Bombay, India.* She attended Queen Mary’s School, St. Xavier’s College, Bombay University and Oxford Brookes University, U.K. She holds Bachelor’s and Master’s degrees in English, American Literature and Education. Her career spanned over four decades in Indian colleges, American International Schools and Canada, teaching English, French and Spanish. She also held the position of Career Counsellor at the International School in India, where she taught Advanced Placement and other courses in English for sixteen years.
She is a published poet. Her first book, Family Sunday and other Poems, was published in 1989, with a second edition in 1990. She has read her poems over All India Radio Bombay, and her poems have also appeared in Poetry India, SETU Magazine, Muse India and Destiny Poets, UK, to name a few. She has her poetry page at https://www.facebook.com/kemendoncapoetry.
Kavita also writes short fiction. Her work is strongly influenced by her father’s work. (The late Nissim Ezekiel was an eminent poet, well-known in India and overseas). She lives in Calgary, Canada, with her family.
This interview was conducted via emails in the rainy days of June 2020. 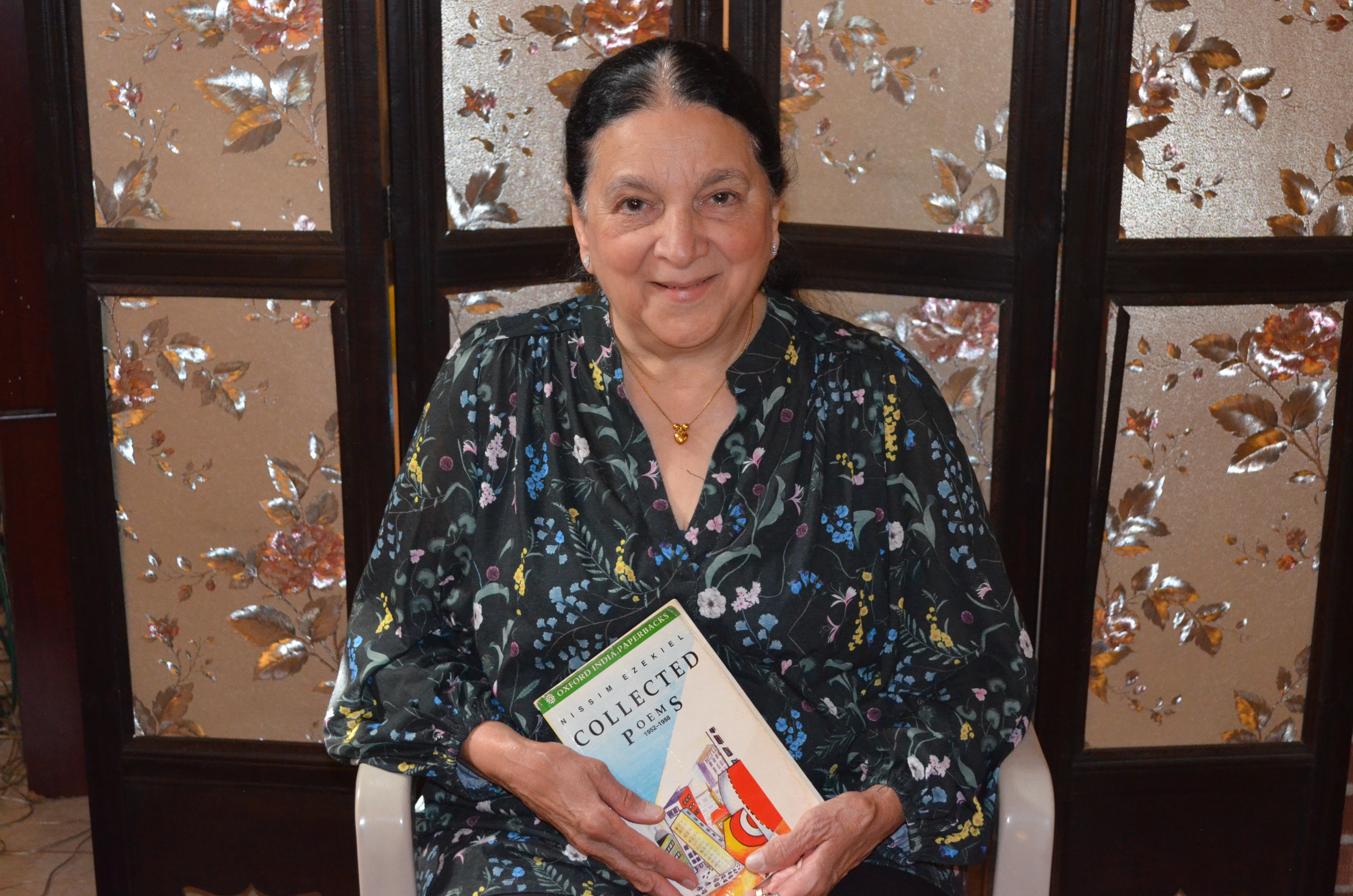 This work is licensed under a Creative Commons Attribution 4.0 International License.

1. Upon accepting the Editor's offer to publish, the Author/s grant/s to Writers in Conversation an irrevocable and non-exclusive right to publish, reproduce and communicate their Work in whatever form the Editorial Board deems fit, including the right to enter into agreements authorising third parties to do the same.

2. The Author/s retain/s copyright in their Work and may publish or authorise others to publish the entire work or any part thereof, provided always that due acknowledgement is made in any further publication that the Work was originally published in the Journal.

3. The Author/s warrant/s that they are the sole copyright owners of the Work and that it contains nothing that is defamatory or of such a nature to incur liability of any kind whatsoever, and the Author/s further agree/s to indemnify the Publisher and its employees and agents against any liability, loss or harm caused by actions arising from the publication of the Work.

4. The Publisher has the sole right to determine publication and may make editorial changes of a non-substantive nature to the work without consulting the Author/s.